The Deserters by Charles Glass

The topic of deserters during war doesn't come up very often when we think about World War II. Yet the act of desertion has occurred in every war since time immemorial. Only one man was executed for desertion by the U.S. military during World War II.

Charles Glass tackles this little-known topic in The Deserters: A Hidden History of World War II. While the press release says it is a "breathtaking work of historical reportage", I tend to disagree. Yes, there were men who deserted in World War II (and, as I stated previously, in every other war throughout history). But Glass chooses to focus on only three soldiers who deserted and doesn't deliver a comprehensive overview of deserters as a whole. Instead, we're treated to stories of men of somewhat dubious character who made the choice to desert. I don't see three men as being representative of the nearly 50,000 U.S. servicemen who deserted and the nearly 100,000 British servicemen who deserted. 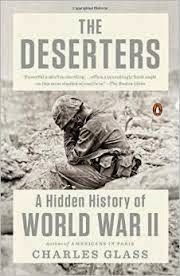 Still, it is a good starting point on this topic, and reading these men's stories is worth your time. (Glass is not a historian but a journalist, a fact to keep in mind when reading.) War is hell, as William Tecumseh Sherman so famously said, and it created broken men who could no longer handle the stress of combat and chose to flee. It is crucial to understand what drove these men to do what they did, and I'd like to see a more thorough study of what made a soldier stay as opposed to what made a man flee during World War II. Of course, studying desertion during the war is a mixture of psychological and historical methodologies, but it is definitely one worth pursuing.

Written by Melissa Amateis at 12:16 PM No comments:

My newest article for America in WWII magazine is on the war dogs of World War II. I had such fun researching this one and came across a plethora of anecdotes that were a joy to read. 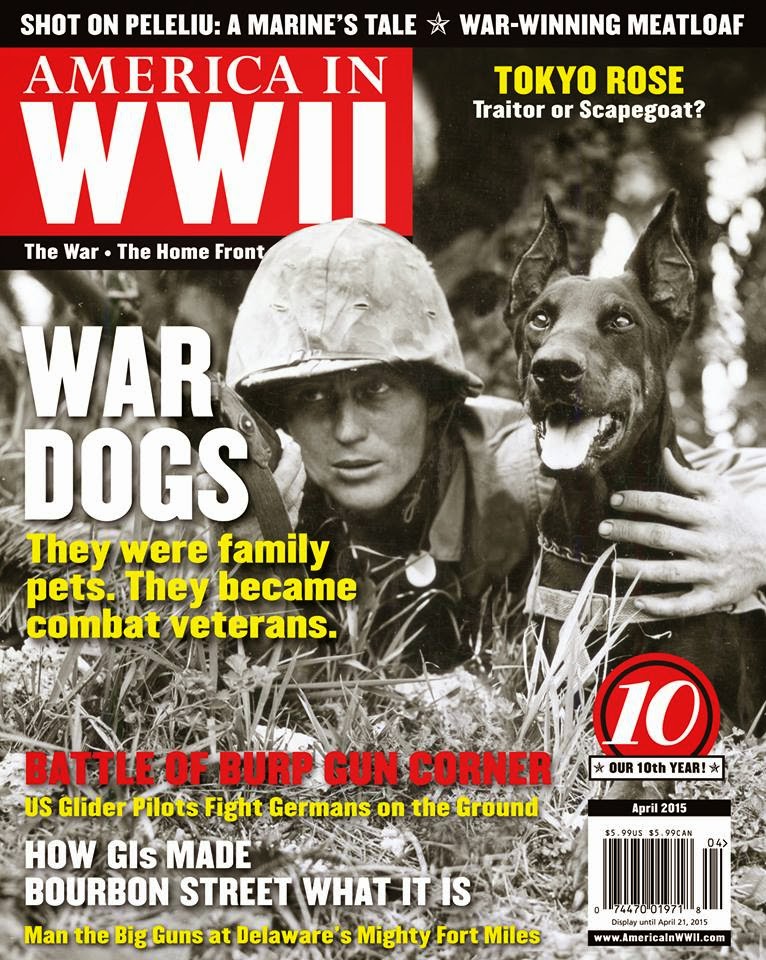 Nearly all of the dogs that served in the war came from civilian families. Owners actually donated their pet dogs to the war effort. That is quite a sacrifice! Yet thousands of Americans did just that. I wonder if such a program would be successful today. Somehow I doubt it.

The issue will be available on newstands and in bookstores February 17.
Written by Melissa Amateis at 12:50 PM No comments: