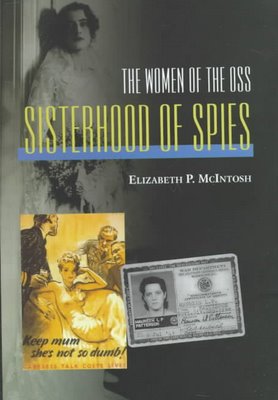 Before Julia Child became a world-famous chef, she worked for the OSS - the Office of Strategic Services - during World War II. Surprised? You shouldn't be.

Intelligence gathering during World War II wasn't just limited to men. Women played a vital role. Whether they were in the office, typing reports and decoding codes or out in the field, risking their lives as undercover agents, women filled a vital link in intelligence operations.

Elizabeth McIntosh's Sisterhood of Spies is a compelling account of these women, including McIntosh herself, that is brimming with details about the OSS. With pictures, first-hand accounts, and little-known facts, Sisterhood of Spies is a brilliant examination of how women bravely met the challenges of war.
Written by Melissa Amateis at 8:25 PM 1 comment: 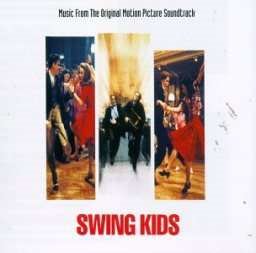 If you've never had a chance to watch this powerful film, I highly recommend it. Focusing on 1930s Germany and the Hitler Youth, Swing Kids delivers a powerful view of resistance through music. To read a review of the movie, click here.

The big band "swing" movement exploded in America, but it also made it overseas to the youth of Germany. And they loved it. Many of them grew out their hair, wore their clothes baggy and unkept, and at night, they went and danced.

The soundtrack for this movie is phenomenal. It accurately portrays the mood of the era with fast-paced swing music, guaranteed to put you in the dancing mood. Bill Banks' "It Don't Mean a Thing (If It Aint' Got that Swing)" and Benny Goodman's "Swingtime in the Rockies" are only a few of the toe-tapping tunes included. But the soundtrack also includes orchestral sections that delve into the dramatic portions of the movie.

The film delivers a little known slice of pre-World War II history, when Germany stood on the brink of unleashing the worst war the world has ever known. But the soundtrack puts you smack in the middle of that history.

If you're looking for some great WWII era music, the soundtrack to Swing Kids will definitely put you "In the Mood"!
Written by Melissa Amateis at 9:50 PM 2 comments: 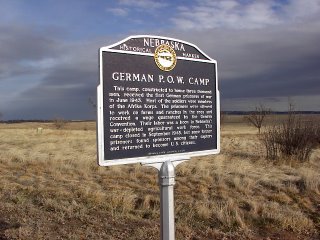 It may be hard to believe, but thousands of German prisoners of war were interred on U.S. soil beginning in 1943.

Nearly every state in the United States had a POW camp. Camps were hastily built within a matter of months to prepare for the vast influx of German soldiers, most of them from Rommels' Afrika Korps in Northern Africa.

In Fort Robinson, Nebraska, located in the upper northwest corner of the state, German POWs arrived in June of 1943. They stayed until the camp closed in 1946.
For my MA thesis, I focused on the intellectual diversion program implemented by the Office of the War Department. The War Department wished to "re-educate" the German soldiers in democracy.

Although the success of this program has never been fully known, it is entirely possible that it was not a failure. Germany today has moved far beyond the Nazis rhetoric of the 1930's and 1940's. Is it possible that German POW's found a voice when they returned to their country? Further studies need to be done, but sadly, the opportunity to do such studies is slipping away. As the World War II generation disappears, it becomes even more difficult to discover answers to the past.

For more photos of the German POW camp at Fort Robinson, click here.
Written by Melissa Amateis at 11:02 AM 3 comments: 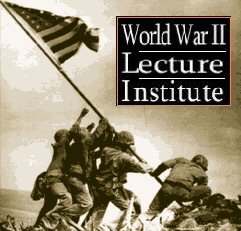 The World War II Lecture Institute's mission is to preserve the legacy of World War II veterans by recording their stories.

This website contains a comprehensive collection of oral histories and narratives from those who experienced World War II.

If you're near Abington, Doylestown or Hershey, Pennsylvania, you can atend the lecture series and hear veterans and others share their stories.

If you know a veteran, ask them their story. Preserve it for future generations. Become a part of the Veterans History Project!