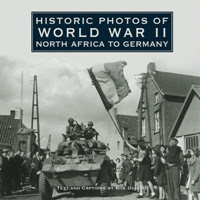 This new release from Turner Publishing Company delivers an honest, unflinching portrait of World War II. With many never-before-published photographs (all in black and white), Historic Photos of World War II is a terrific find.
From the destruction of London to military cemeteries overlooking Omaha Beach, historian Bob Duncan reveals a collection of photographs so powerful, so vivid, that the war ceases to become a historical event and instead becomes a human tragedy.
The last sentence of the preface states it best: "As you turn these pages, you have a through-the-lens view of things just as they were, on the seas and in the air, in thh sand and the mud and the snow where victory and liberation were won."
Written by Melissa Amateis at 8:56 PM 3 comments:

Email ThisBlogThis!Share to TwitterShare to FacebookShare to Pinterest
Labels: Photos 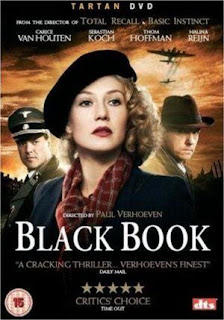 World War II was so vast that it's impossible to know everything that happened in every country. That's why I love "foreign" films that give us a different perspective of the war.
Black Book is an amazing film. It's not for the faint of heart - there are graphic scenes of violence and nudity. But it doesn't detract from the film's power.
Rachel Stein, (played by Carice van Houten) a Jew in hiding in German-occupied Holland. When her family is killed, Rachel joins the Resistance and assumes the identity of the blonde Ellis de Vries. She infiltrates the Nazi headquarters and becomes the mistress of the head of the Gestapo, Ludwig Muntze (Sebastian Koch). Ellis becomes a secretary for Muntze and becomes involved in the partying lifestyle of the Germans while simultaneously working with the Resistance.
But there is a traitor in the midst of the Resistance and Ellis is determined to find out who it is. The culprit will surprise you.
Even though this is subtitled, I barely noticed because I was so caught up in the story. It's a bit Hollywood-ized, but it also shows the courage of those willing to stand up against the enemy. Ellis's fiesty personality is riveting and her curious relationship with Muntze brings out the human side of the war, the conflicting emotions between two people on opposite sides who suddenly question the definition of "enemy."
High drama, gut-wrenching emotion, and a wonderful cast make Black Book well worth your time.
Written by Melissa Amateis at 9:43 AM 1 comment: