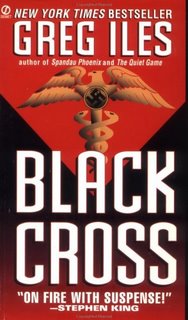 If you want to read a book that will keep you up until all hours of the night because you cannot wait to see what happens next, then pick up a copy of Greg Iles' World War II thriller Black Cross.

The Nazis are creating a deadly nerve gas in a concentration camp that might possibly be used on the Allies at D-Day. British Prime Minister Winston Churchill asks Dr. Mac McConnell and a Zionist named Jonas Stern to execute a daring plan to convince the Germans that the Allies also have the deadly gas.

Tightly written and full of fascinating history and facts, Black Cross is one of those books you'll remember long after you've finished it.
Written by Melissa Amateis at 9:04 AM 3 comments: 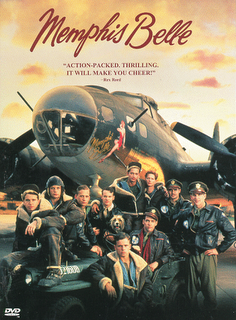 I guess you could say that the movie Memphis Belle started my fascination with World War II. Released in 1990, it had an all-star cast including Matthew Modine, D.B. Sweeney, Eric Stoltz, Harry Connick Jr., Sean Astin, and the relatively unknown Billy Zane.

Inspired by the real-life Memphis Belle airplane, this movie portrays the 25th and final mission of the Memphis Belle crew when they flew over Bremen, Germany. Although the special affects are a bit lacking in places, the actors' performances are superb, portraying the gritty realism of ordinary airmen in the midst of war.

This is an excellent movie on every level. Highly recommended!
Written by Melissa Amateis at 7:32 PM 4 comments: