It's been quite the journey, but all the hard work has been worth it.

My book, Nebraska POW Camps: A History of World War II Prisoners in the Heartland" published by The History Press, is now available for pre-order. 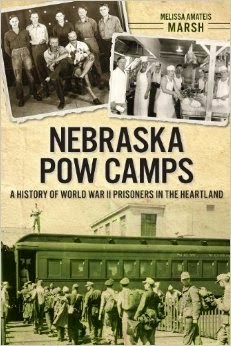 During World War II, thousands of Axis prisoners of war were held throughout Nebraska in base camps that included Fort Robinson, Camp Scottsbluff and Camp Atlanta. Many Nebraskans did not view the POWs as “evil Nazis.” To them, they were ordinary men and very human. And while their stay was not entirely free from conflict, many former captives returned to the Cornhusker State to begin new lives after the cessation of hostilities. Drawing on first-person accounts from soldiers, former POWs and Nebraska residents, as well as archival research, Melissa Marsh delves into the neglected history of Nebraska’s POW camps.

It will also be available as an ebook for Kindle, Nook, and Apple. Details to come.


Written by Melissa Amateis at 8:35 AM 7 comments: