McMorris brings a different twist to the World War II American home front with a well-crafted story of lies, love, and letters.


At a Chicago USO club dance, college student Liz Stephens meets handsome farmer-turned-private first class Morgan McClain. She tries to ignore their instant attraction since she’s already got her life mapped out: a career as a literature professor and marriage to her longtime boyfriend.

When Liz sees Morgan dancing with her roommate, pin-up worthy Betty Cordell, she tries to forget the whole thing. But Betty asks poetic Liz to ghostwrite Morgan a letter, and Liz reluctantly agrees. Unfortunately, flighty Betty heads off to New Guinea to work as a WAC nurse and tosses Morgan’s memory aside. When a return letter from Morgan arrives at the girls’ Chicago home addressed to Betty, Liz can’t stand the thought of not answering it and resumes the correspondence.

Pretty soon, Morgan and Liz become regular pen pals…except Morgan thinks he’s writing to Betty and not the gorgeous brunette he met—and fell for—at the USO dance. Meanwhile, Julia must choose between her sailor fiancé and a career in fashion while coping with the battle scars of her future brother-in-law. Betty discovers nursing in a tropical location isn’t as glamorous as she hoped with all the bugs, blood, and death, but an Australian airman provides a welcome distraction.

McMorris does a swell job of incorporating vibrant details of the home front into her characters’ everyday lives and manages to convey the gritty realism of war in the European Theater without lapsing into hyperbole. Not all story threads are neatly tied at the novel’s end, which may disappoint some readers, though others may find it symbolic of how war never leaves lives in neatly wrapped packages
Written by Melissa Amateis at 6:43 AM 11 comments:

Heroes are often portrayed by Hollywood as larger than life. In reality, they are ordinary people doing extraordinary feats. 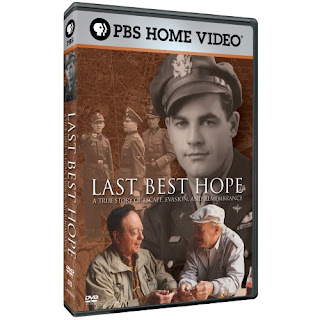 That message is made very clear in the exceptional documentary, Last Best Hope.
Bill Grosvenor was a World War II pilot fighting over the skies of Belgium. In 1943, he crash-landed in the Belgian countryside, and entrusted his fate to the Belgian people. Through great peril to themselves and their families, the Belgians sheltered him in several safe houses, trying to get him out of occupied Europe via the Belgian Resistance line called the Comète. This line would take him through France and to the foot of the Pyrenees Mountains, which, once crossed, would lead him into Spain.
Unfortunately, Bill never made it that far. In 1944, he and another pilot were found by the Gestapo and taken to the brutal Saint Gilles prison in Brussels. He was interrogated, and put in a tiny cell with no lights and just enough room to lay down. But it wasn't long before the British Army stood on the outskirts of Brussels. The Germans took all prisoners put them on a train, the infamous Ghost Train for transport to Germany.
The train never arrived. Due to the incredible sabotage efforts of the Belgian Resistance and even the train engineers themselves, the train only managed to move around ten miles. Wanting to save their own skin, the Germans finally negotiated with the Resistance, and all the political prisoners - including many of those who had helped Bill Grosvenor - were released.

But the airmen were not.

The train left for Germany, but in a strange twist, the Germans detached the box car Bill and his fellow airmen were in from the rest of the train. Left to starve and die, they were able to break out of the boxcar and make their way to Brussels. Once they got there, they were free - Brussels had been liberated.

Bill's son, David Grosvenor, did exhaustive research to retrace his father's steps. And sixty years later, Bill returned to Belgium and reunited with those who had put themselves in peril to help him. From the first farmer who saw him crash land in his field to the women who sheltered him, Bill takes a walk back in the past through nearly every stage of his adventure with his wife and son by his side.

Emotions simmer just below the surface. And it is here that you see just how important freedom was to these people. They literally risked their lives to help this man, and other downed airmen, to return to England because he was fighting for them.

But it makes you also stop and wonder: could I do the same? Could I risk my life for a man I didn't know? For an ideal? For freedom?

Those are questions we all need to think about. Hard.

It's an incredible film, and it shows the true face of a hero. It is not Hollywood's stereotypical character, but ordinary, everyday people, men, women, and yes, even children, who risked all for liberty.
Written by Melissa Amateis at 7:53 AM 7 comments:

It's the 67th anniversary of D-Day.

On June 6, 1944, the Allies invaded Normandy, France, in their drive to oust Hitler from Europe.

It was a bloody, horrific, and terrifying day.

But it was also a day of hope, especially for the occupied countries.

There's been plenty written about this day, plenty of movies made (my personal favorite is The Longest Day), and lots of commentary. But sometimes, we need to take a step back and look at the individuals who made this invasion possible - the infantryman, the paratrooper, the tank drivers, the landing boat drivers, and on and on.

It wasn't just about military strategies and generals and officers...it was also about the common soldier.

It's easy to group these individuals into one entity: the military. But looking at those men's faces reminds us that each one represents a husband, a father, a son, a brother, a sweetheart. Each one had a family, a friend, a wife, a sister, a brother, a daughter, a son, a lover. Each one sucked up his fear and did what he had to do.

They put aside their individuality for a common cause - and they got the job done. 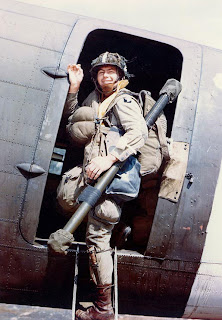 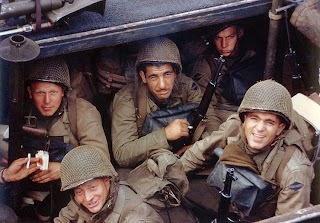 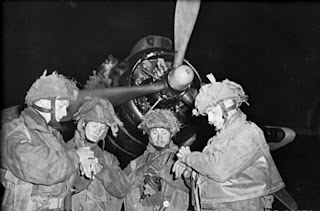 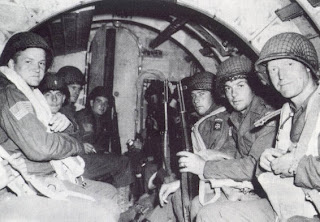 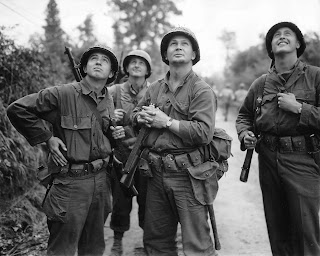 For more photos of D-Day and a plethora of other information about World War II, visit The World War II Database.