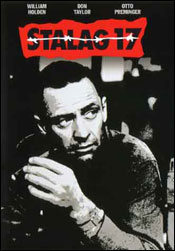 If you've never seen this gritty, yet humorous movie, you're in for a surprise.

William Holden plays a Sgt. Sefton, an American soldier in a German POW camp, who has a way of getting what he wants. He trades with the Germans—cigarettes, hosiery, wine—to get an extra ration of food, perhaps an egg, or maybe even a visit to the Russian female prisoners compound.

But there is something amiss at Stalag 17. The last two American prisoners to escape didn't make it out alive. And it looks like someone is ratting out the information to the Germans.

But who is it? The zany comedians Animal and Shapiro? What about Joey, the POW with a haunted look in his eyes who never speaks? Is it Sefton? Whoever it is, the rest of the guys in the barracks are determined to find out.

When two pilots are captured and put into the barracks, one of them is taken to the commandant's headquarters and questioned about his role in the sabotage of a German train. The situation becomes dire when the pilot is about to be taken into Gestapo headquarters. Can they rescue him in time or will the snitch claim yet another American life?

The television show Hogan's Heroes was based on this movie. Although there are moments of comedy, it also brings a relatively realistic look at what life was like in a German POW camp. While it may be a bit too far-fetched in places, it still is an excellent film.

Daughters of Fortune Series: Book One 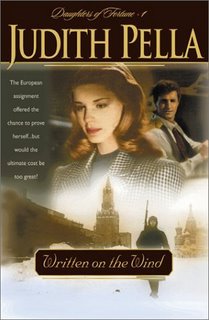 Written on the Wind

Judith Pella delivers an absolutely stunning series about three American sisters enduring the trials of World War II. The first book of the Daughters of Fortune series, Written on the Wind, is the introduction to the three sisters - Cameron, Blair, and Jackie. The daughters of a wealthy newspaper publisher, the three continually struggle to gain his approval. Cameron is a hard-edged reporter, bent on showing her father that a woman is just as capable as a man in reporting the news and travels to Russia to report on the war. Spoiled and selfish Blair has Hollywood aspirations that quickly turn to shattered dreams. Jackie falls in love with a Japanese-American, a friendship threatened by the attack on Pearl Harbor.

In the midst of the three sisters' struggles with their lives, they also struggle with their faith.

With this first book, Pella does an outstanding job of introducing this intriguing family and the problems they face in pre-war America. She also paints a colorful portrait of Russia during the war, skillfully portraying the Russian people's strength and courage in the midst of one of the country's darkest periods.

Written by Melissa Amateis at 10:19 AM No comments: 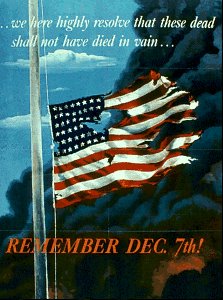 Today is December 7. Sixty-four years ago, Pearl Harbor was attacked. And it's a day that will truly "live in infamy."
Written by Melissa Amateis at 1:15 PM No comments: