The creator of the famous comic strip, Peanuts, once served in the U.S. Army during World War II. 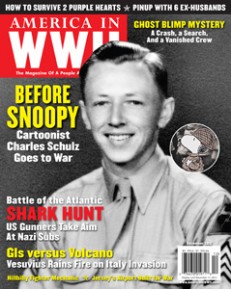 This service forever changed his life, molding him from a shy young kid into a confident, strong man. His time in the army also served as material for many of his later comic strips. Charlie Brown epitomized Schulz's angst in basic training and Snoopy showed what it was like to be an infantryman in several D-Day tribute comics. 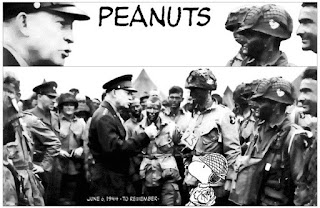 You can read all about Schulz and his WW2 experiences in my article feature in the December 2012 edition of America in WWII magazine, available on newsstands now!

Written by Melissa Amateis at 11:14 AM 2 comments: